In such situations, use your brain, not your head. Credit: wifflegif.com

It’s 8am and you’re dragging your feet to get to work. It’s been a struggle getting out of bed and motivations are constantly at all-time lows. You huddle yourself up and into your vehicle, in a leap of faith that your long hard day at work would be as forgiving as possible.

Settling into your vehicle, you slot the key into the ignition and the car doesn’t start. Not on the first attempt, second or third crank. Worst feeling ever. We all can relate to that. Whether it’s getting to work, getting home from a night out or rushing out to pick someone, all of us have experienced battery related problems that have hampered the engine’s ability to crank up.

Here’s a few plausible symptoms that could indicate a replacement for your car’s battery.

When starting up the engine becomes an intermittent problem, there are a few things you can first look out for. If the battery terminals are corroded or calcified, your vehicle is experiencing what’s called a “parasitic draw” – which means there is a faulty component in the vehicle draining up the battery’s power. 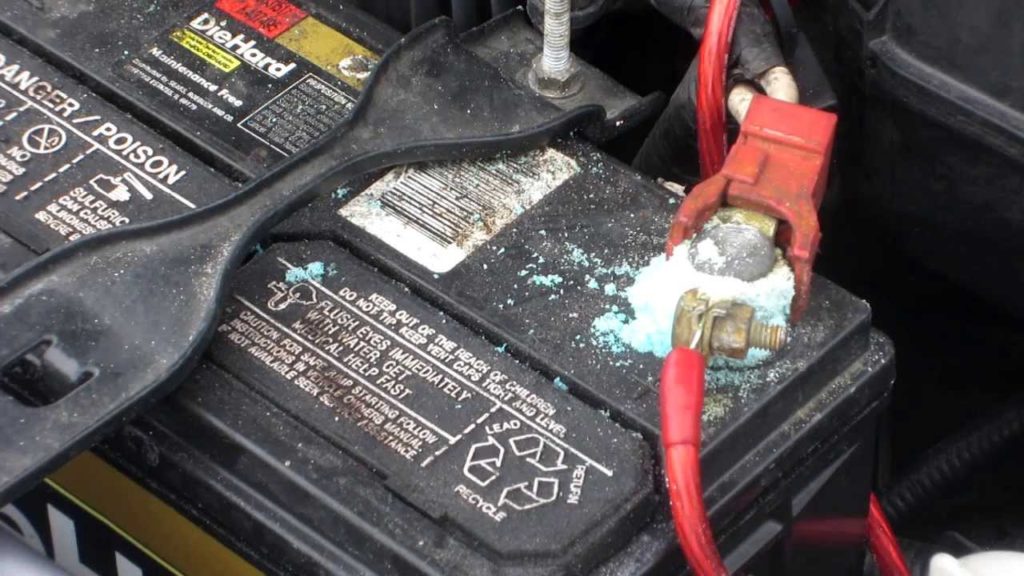 Look into the battery cables for any sign of it being worn or falling apart. Ensure they’re always firmly and securely fitted onto the battery’s terminals.

When you hear the “Ngek Ngek Ngek” (cranking sound) but the engine isn’t firing up.

Slot in your key, engine cranks but it doesn’t start. Sometimes it could be due to a faulty starter motor, but MOST of the time, it’s really just your car battery acting up.

A hammer isn't the answer for everything, sadly. Credit: imgur.com

If you are certain that it isn't your battery, and even if an ammeter check indicates that your battery is still holding up its charge, it’s possible that the battery is just short of that few volts to start up the engine. Having a jumper placed permanently in your boot would be handy for situations like these. It’s advisable to let the engine run for a significant amount of time. Subsequently, kill the engine and restart it. Do for a couple more times to really ensure that your car wouldn’t die off on you again.

When there’s just complete silence, and darkness. It’s a rather straightforward situation – where it is an even stronger indication that your battery is the culprit. Because the battery powers all the electronics on your vehicle like the radio and head lamps while the alternator isn’t running, the battery should be your first suspect when the electricals seem to be void of all signs of life. 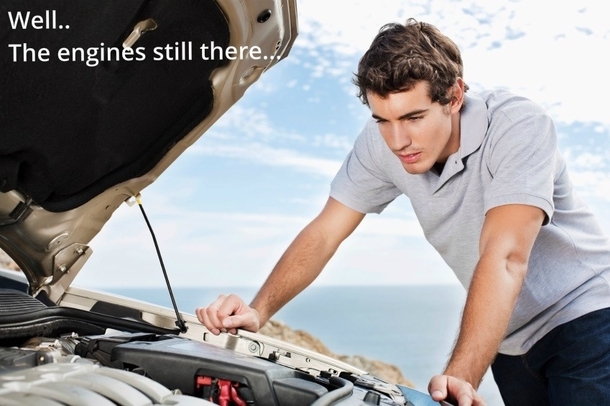 What goes through our minds every time we pop the hood. Credit: memeguy.com

That said, such instances can also be the combined failures of both the alternator, of which charges your battery and the battery itself. Parasitic draws from other sources are a fairly common occurrence. Safe to say, the suspicion of parasitic draws are valid when your engine starts when you’ve driven it days in a row but goes unresponsive once it has sat for awhile.

You’ve jump-started it, a lot.

Even a fairly new battery could turn duff once it's been jumped more than a few times in the span of a week. Without realising previously, the use of jumper cables on your car battery can actually be harmful to the battery as they work by shocking it, figuratively speaking.

Based on past occurrences and experiences, most of us naturally wouldn’t assume the battery to be the culprit if it’s still fairly new. But after meddling here and there, and constantly jump starting the car in between to determine if the problem is rectified, it actually deteriorates the starter motor and alternator, possibly leaving you to change all three components instead of one.

Our approach would just be to change a new battery, without hesitation. It’s a small price to pay than the significantly higher sum required to rectify the problem.

Find out how to improve your visibility of the road from behind the wheel here!

When buying a used car, how much does its colour matter to you? Share your thoughts here!