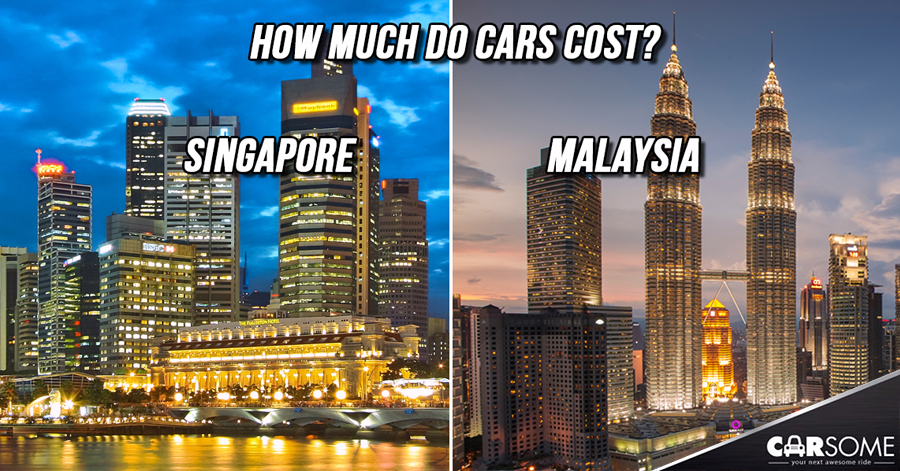 Car prices. Mention this to any Singaporean or Malaysian, and you’ll get a long list of complaints and if you’ve time to sit down into a constructive debate, you’ll probably come out flummoxed about its structure. Singapore has its Certificate of Entitlement while Malaysia has high Excise Duties. Put these two together and you have two countries and very high car prices. 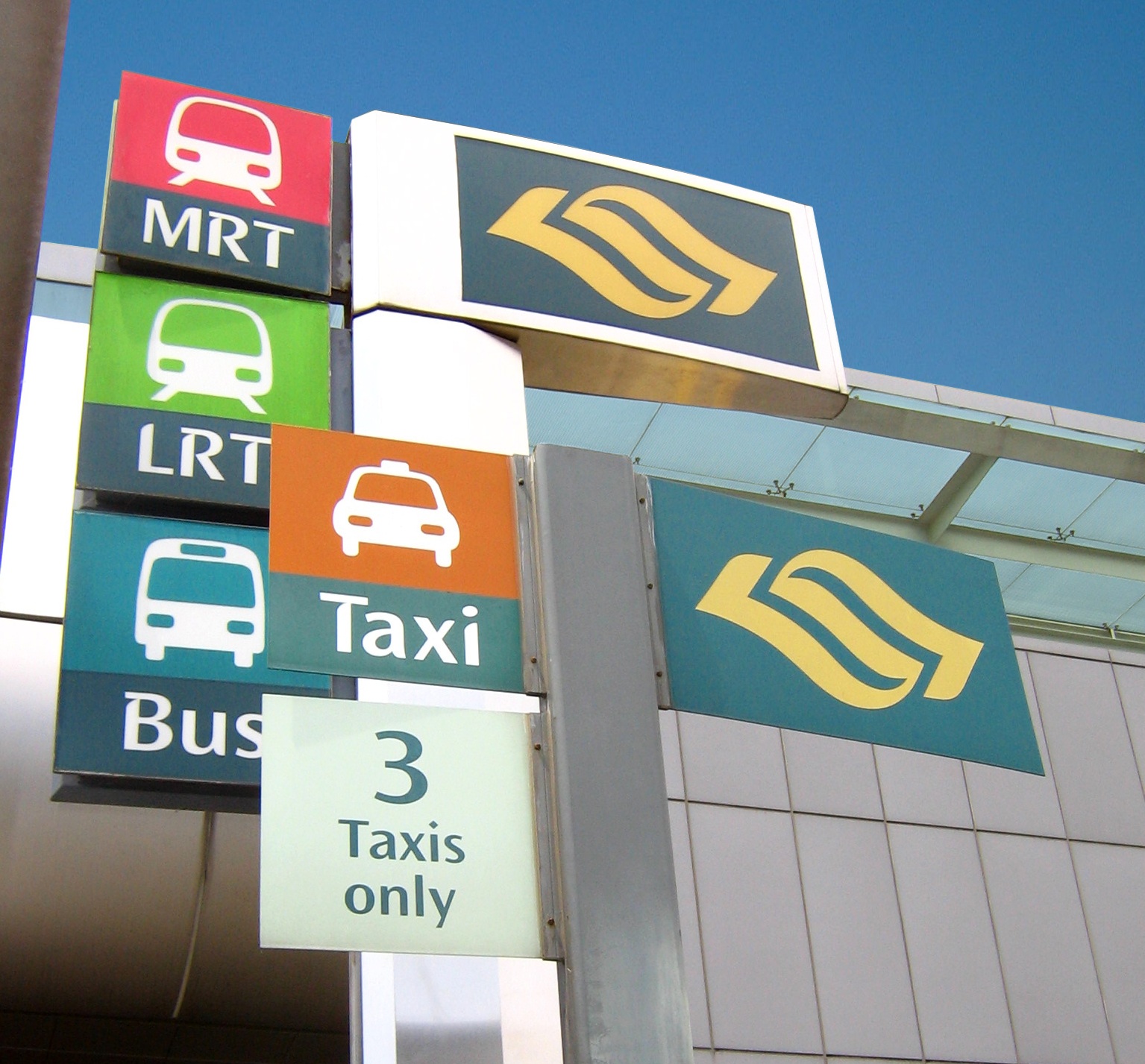 Then again, one can argue about the limited space that Singapore has as an island and that allowing its citizens to purchase a vehicle easily would theoretically congest the roads and create an unending flow of traffic. Look towards Malaysia, and the main reason for the expensive car prices is the tax implementation since the 1980s as a means to bolster the sales of their local car brands Proton and Perodua.

What about the breakdown? What goes into pricing these vehicles in Singapore and Malaysia? We do a brief itemisation on the duties and taxes and see how expensive it is just to own a car in these two countries over a period of 10 years. 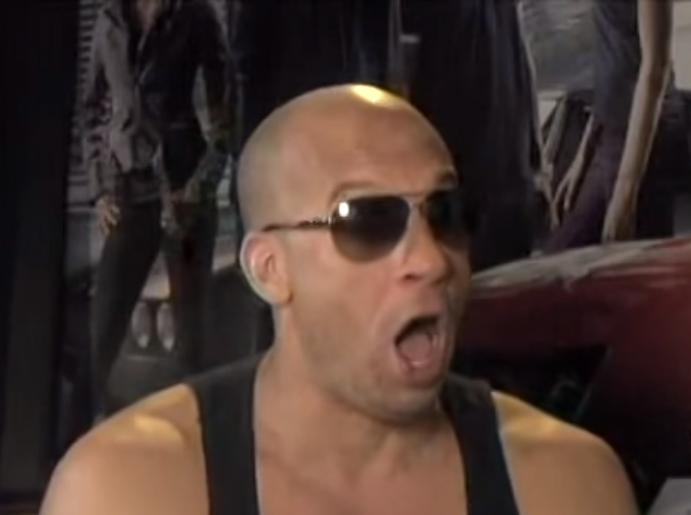 "A hundred and fifty-four thousand dollars for a Toyota Prius?!!" We second what Vin Diesel said. Credit: The Straits Times, Razor TV

In Lion City? Things are a little more complicated here. The five main factors that determine a price of a new car in Singapore begins with the Open Market Value or basically the actual price of the car. This is then subjected to a tax in the form of the Additional Registration Fee (ARF). Like Malaysia, excise duties are also imposed, with the rate at 20 per cent on the open market value of the car. This is then added with a seven per cent GST.

In Singapore, the Corolla Altis starts at an entry 1.6-litre model while Malaysians get a higher 1.8-litre base option. Credit: toyota-global.com

In Singapore should you decide to scrap your car before the 10 years is due, the government actually does provide rebates on the remaining number of months left before the COE is due. But should you decide to run your car for the complete duration, Singaporeans are entitled to a 50 per cent Preferential Additional Registration Fee (PARF) at the end of the 10-year duration. When looking at the Toyota Corolla Altis as an example, the 50 per cent rebate will be valued at S$ 8,902, half of the S$ 17,804 ARF value at the beginning of the car fee. 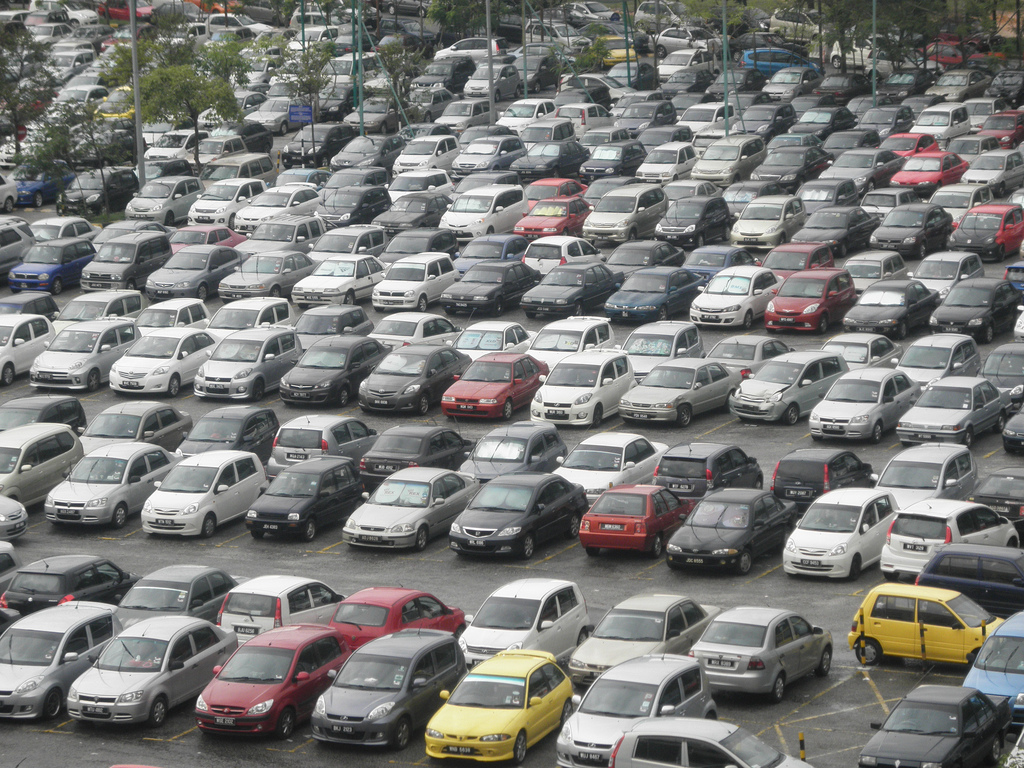 Prices of cars in Malaysia are determined by several factors including market value as a base. But as standard, cars themselves are separated into fully imported (CBU) vs locally assembled (CKD) units. These are then further drilled down to cars from countries that are sourced within the Most Favoured Nation (MFN) or within the Asean Trade in Goods Agreement (ATIGA). The latter does not have any import duty imposed on either CBU or CKD cars but for those from MFN, import duty is 30 and 10 per cent respectively for CBU and CKD units.

For most, it’s the excise duties that contribute to the significant increases on cars, ranging from 75 per cent for cars up to 1,800cc’s and a maximum of 105 per cent for vehicles with engine capacities exceeding 3,000cc. Add on an extra six per cent GST at the end, and you will have the final price of a prized Malaysian car.

Based on our calculations, the figure is rather close dollar-to-dollar. In Malaysia the buy in to a car is rather accessible compared to Singapore with only a 10 per cent down payment and RM 2,024 monthly. In Singapore, the owner will have to put down half of the car's price before paying for the other half over the course of five years. Convert both figures to US dollars and you have US$ 36,000 for the Malaysian car vs a whopping US$ 107,312 in Singapore at the end of both car payments.

Buying a car in Singapore is really expensive compared to Malaysia. For the money calculated, we reckon if Singaporeans would to spend the same converted amount of a Toyota Corolla Altis in the United States, they’d be able to spend on a brand new BMW M5 with about US$ 10,000 extra change to spare. Public transport is efficient and very much accessible nationwide in Singapore. But in all honesty, we feel that nothing is better than getting in a car and hitting the open road with a few friends and family, despite the expensive prices.

The same however can’t be said for Malaysians. In a similar context, the price Malaysians pay for a Honda Civic translates to an entry BMW 3-Series in the USA. Public transport is commonly known to be late, taxi’s are famous for haggling and with not much avenue left, Malaysians resort to purchasing a car to move around. But it’s not all bad news as the recent Trans-Pacific Partnership Agreement will hopefully see the abolishment of the 30 per cent import duty on CBU cars within the next 12 years. Cheaper cars in the near future for Malaysians? We certainly hope so.

Do note that the total cost does not include maintenance on wear and tear as well as the weekly fill-up at the petrol station. Hence ultimately the value of owning a car in Malaysia and Singapore is significantly higher compared to other countries.

*Please note that the calculations on these figures are also based on a basic depreciation estimation for the car and further insurance premium values on a depreciating price over the course of 10 years. These figures will change depending on the make, model and variant of various vehicles as well as their market price and value.

Looking to trade in your vehicle for something new?
Sell your car with Carsome! Just click here for a fast, fair and free service!

Want to find out how COEs and CEVs can affect your car loan? We have a few scenarios, click here to read more.

This article is in part first published on GoBear and is produced in collaboration with them. GoBear is an easy-to-use comparison site for all types of insurance.