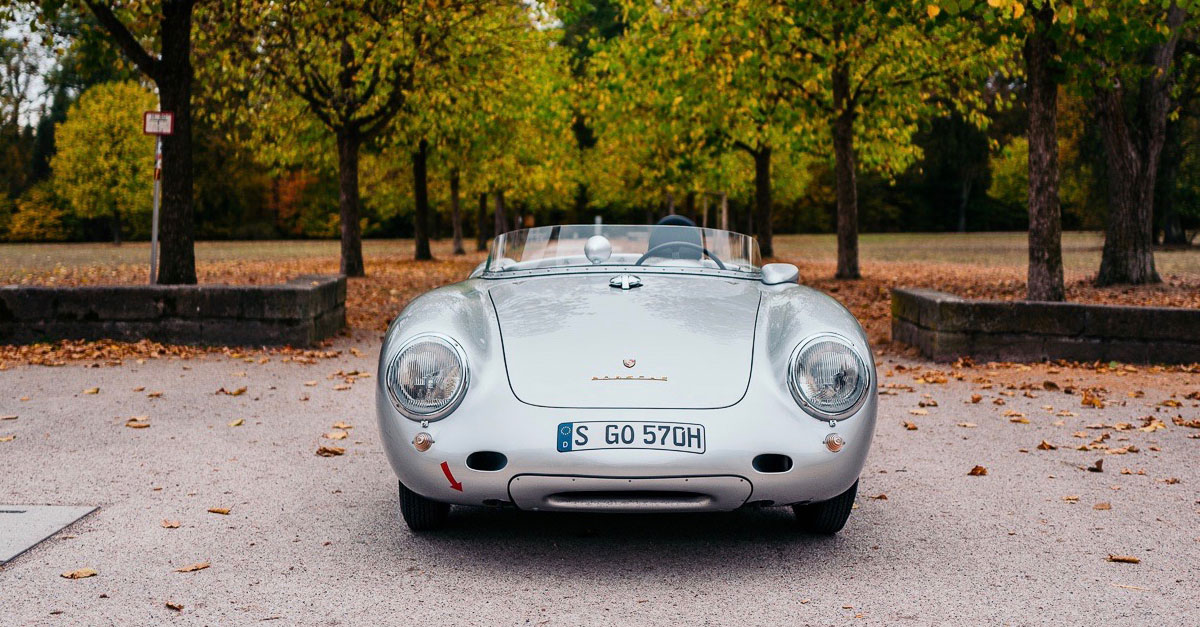 Porsche is one of the few sportscar companies that has an illustrious car model history supported by an even more successful heritage in motorsports. The world’s largest race car manufacturer has a record 19 wins at the prestigious 24 Hours of Le Mans, and with this, a string of race cars that dominated racetracks. In this Top 5 series from Porsche, we look at the most exclusive models that have achieved record prices at auction. 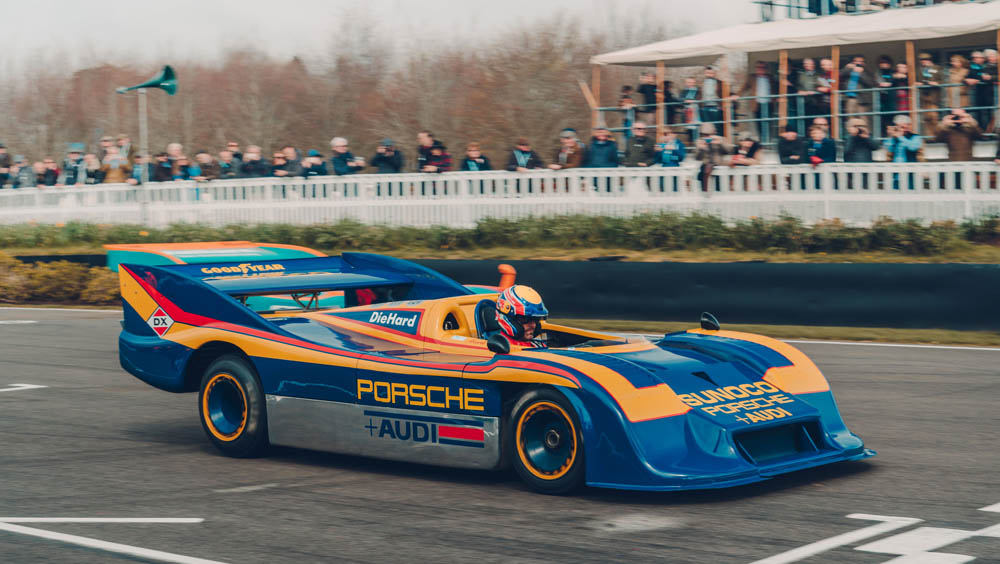 Porsche enthusiasts know that the 917/30 is one of the most powerful race cars that the brand has ever produced. The engine powering this lightweight 850 kg race car was a 5.4-liter twin-turbocharged flat 12-cylinder engine that output as much as 1,500 hp on dyno testing and could reach the 160 km/h mark in just 3.9-seconds. The blue and yellow livery with the “Die Hard” logo won fans of the Can-Am (Canadian American Challenge Cup), and this specific 917/30 with the chassis number 004 sold for US$3 million at an auction in 2016. 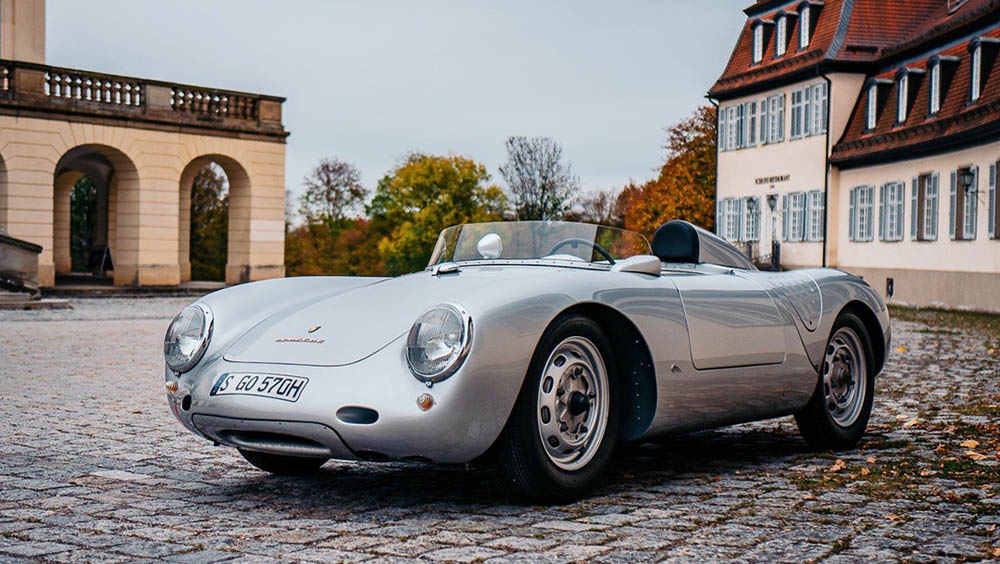 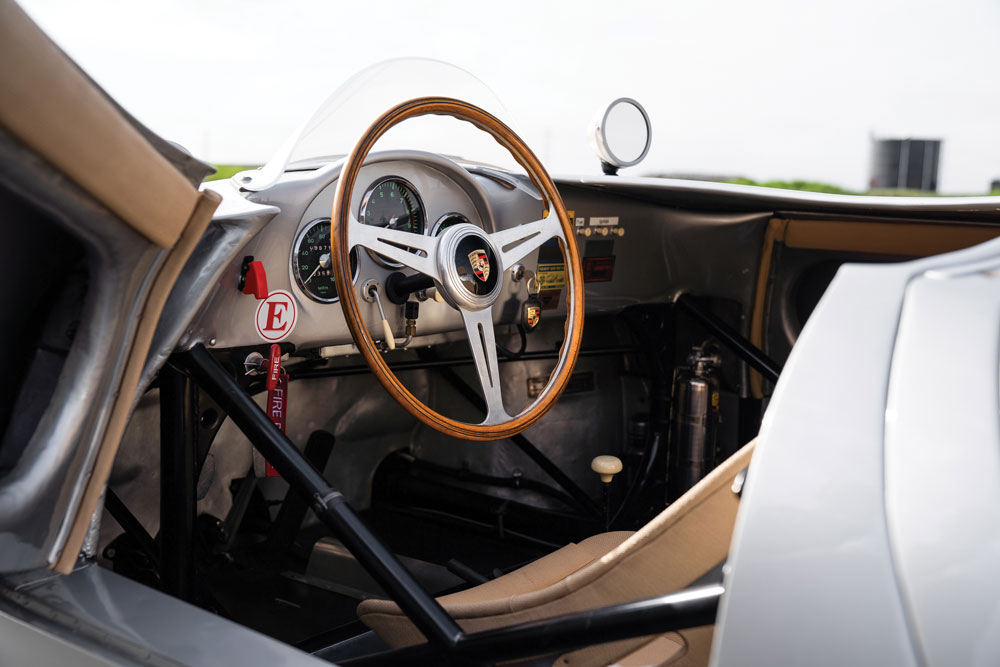 The Porsche 550 was a racing car like no other. In production between 1953 to 1956, the 550 has the nickname “the giant killer” back in the day, because it was able to beat other racecars with more significant engines. Despite having a 1.5-liter 4-cylinder boxer engine designed by Dr. Ernst Fuhrmann, power was rated up to 135 hp and could achieve an impressive top speed of 240 km/h. The 550A, an improved version of the 550, was introduced at the end of 1956 and had engineering improvements and redesigns that made it win in the biggest of competitions. This 1958 Porsche 550A Spyder bearing the chassis number 550A-0145 went through Bonham’s auction in early 2018 and sold for US$5.17 million. 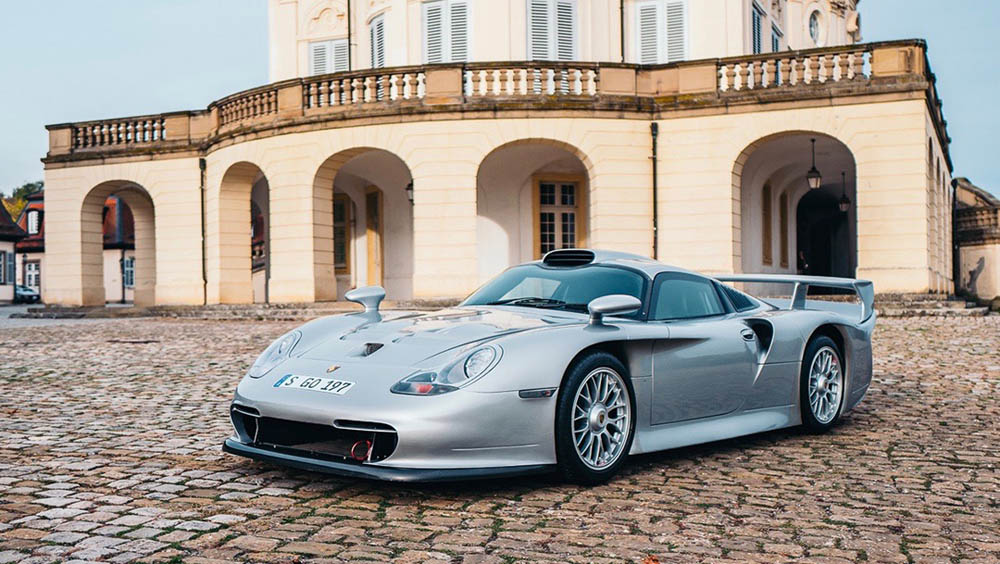 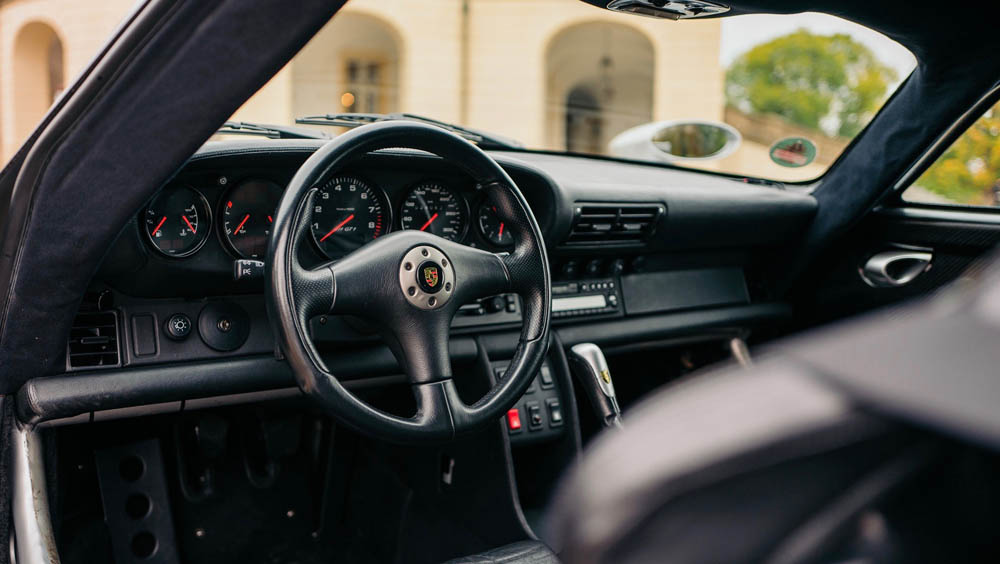 The Porsche GT1 debuted in 1996 as a means for Porsche to return to the international racing scene. The cars used were usually heavily modified versions of the brand’s available production models, but Porsche purpose-built the GT1, only using the front and rear headlamps with its road-going models. This Strassenversion (Street version) of the GT1 race car is one that was built in 1998 and came with a 3.2-liter twin-turbocharged flat-6-cylinder engine producing 537 hp and capable of accelerating to 100 km/h from a standstill in 3.6-seconds. It is indeed rare to see cars like these ever on sale at auctions, but this specific one sold for US$5,665,000 in March 2017. The price tag represented a significant appreciation since the previous unit fetched only US$1,175,000 in 2012. 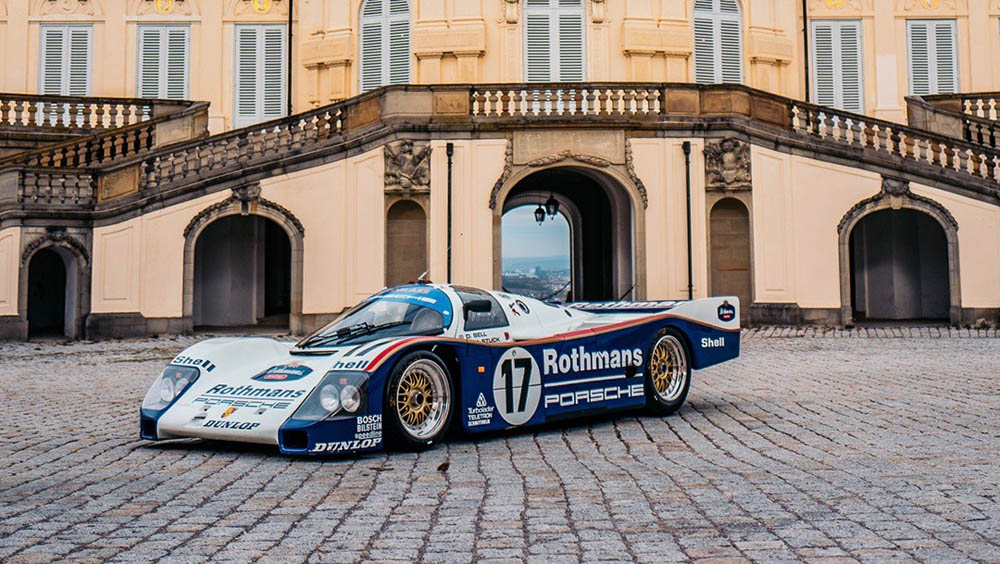 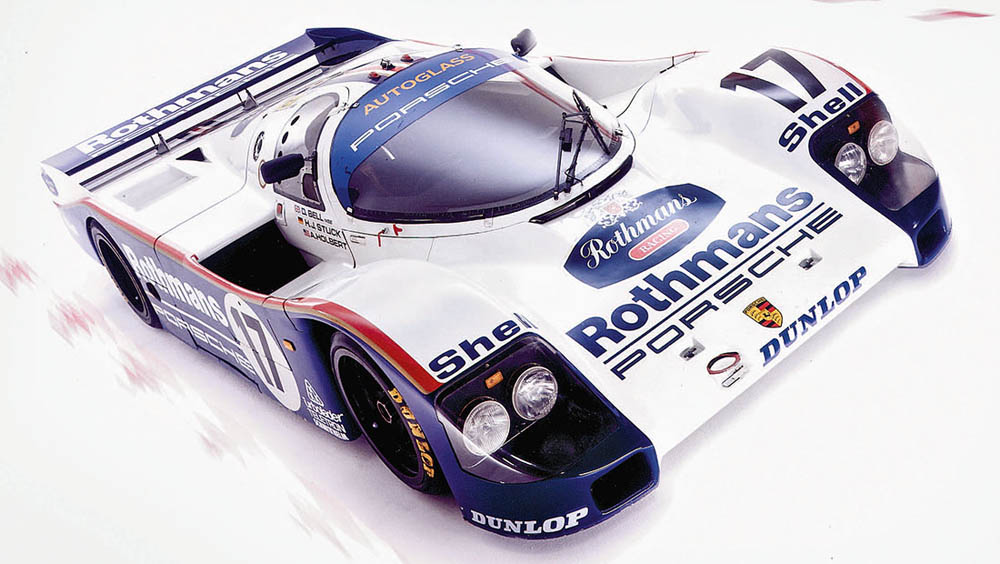 The specific 956 with chassis number 003 was one of only 10 entered for competition by the factory team. More so, 003 was the most successful 956 of them all. Behind the hands of legends including Jacky Ickx, Al Holbert and Derek Bell, it dominated the 1982 World Sportscar Championship season with four wins out of eight races, as well being the outright winner of the 1983 24 Hours of Le Mans. Apart from the 2.65-liter flat-6-cylinder engine that output an estimated 630 hp, what made the 956 stands out from the other race cars is also its first application of downforce in racing, and its 6 minutes 11.13-second lap record of the Nurburgring Nordschleife. The achievement stood unbroken for 35 years before Porsche reset it again in 2018 with their latest 919 Hybrid Evo. The final auction price? The 956-003 sold for US$10.12 million in 2015. 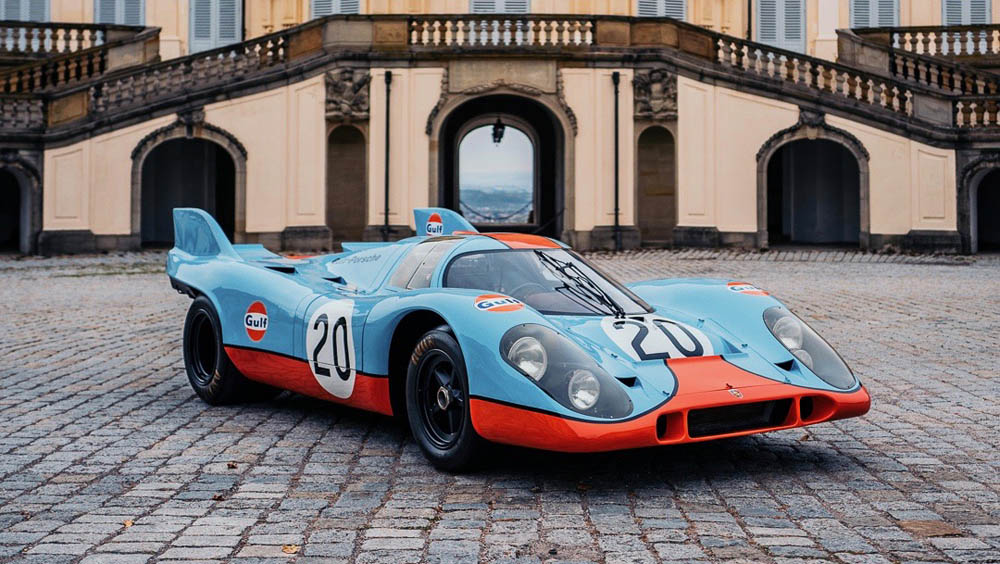 The 917 is the model that gave Porsche its first overall wins at the 24 Hours of Le Mans in 1970-71. However, the 917 K bearing the chassis number 024 that sold for over US$14 million in 2017 wasn’t a star in motorsport but was instrumental in “Le Mans,” the 1971 film starring Steve McQueen. When filming concluded, Jo Siffert, a Porsche factory test driver, bought the 024. The vehicle changed hands to a collector in France in 1978 and resurfaced almost a decade later in a warehouse before it was purchased and restored. Underneath the hood of the legendary Porsche lay a 5.0-liter V12 engine that produced around 560 hp to the rear wheels via a 5-speed manual transmission.

Read below for more stories!

Want to know more about the history of the BMW 3 Series? Click here for a historical infographic!

Looking to sell your car with a service that is professional, convenient and fast? Choose Carsome!