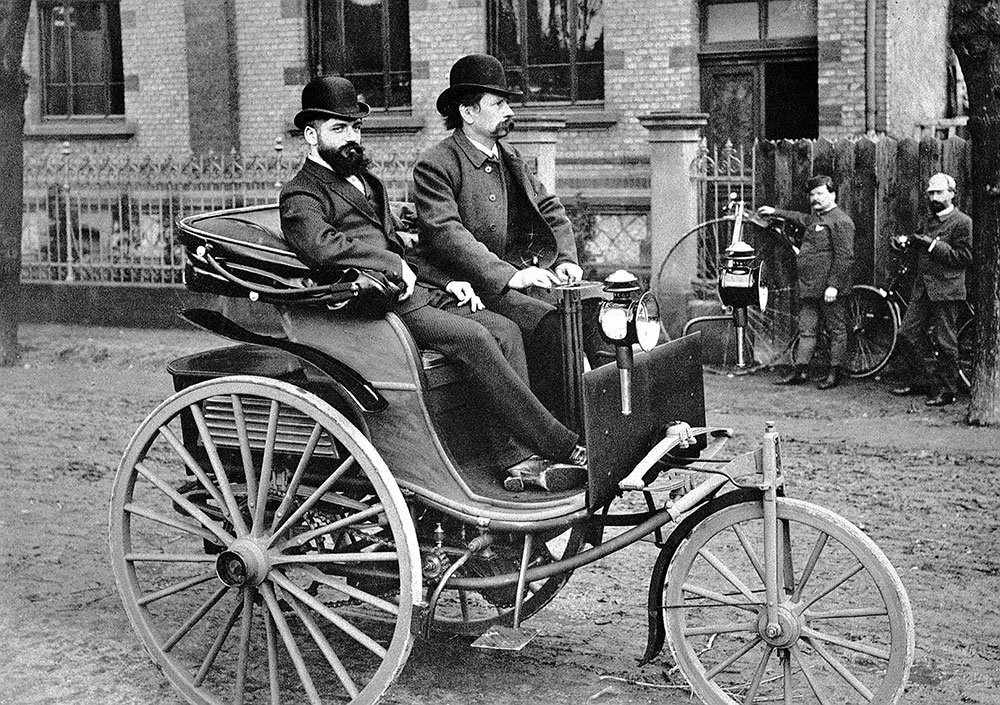 Before the invention and widespread application of the electric light, fire and candles were the light source. It is one of the earliest and portable methods used by people to light the way in the dark. When it came to lightings in transportation, oil lamps and lanterns were used in horse carriages, and even in the earliest motorized vehicles. 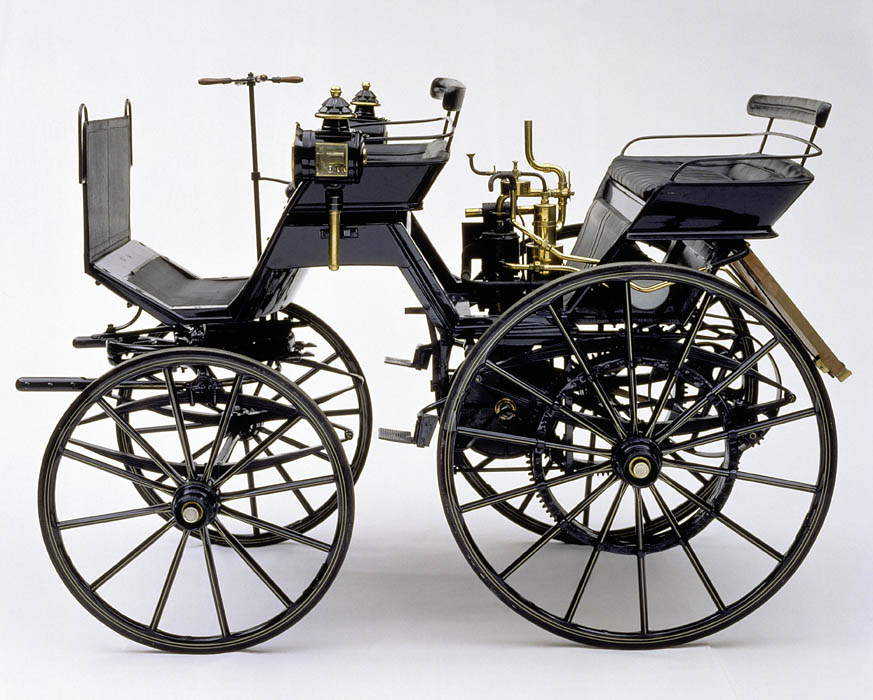 For Mercedes-Benz, the inventor of the automobile, the use of light has not only been the purpose of being a vehicle’s light source but also for convenience and design. Today, the brand uses lights in all sorts of innovative ways, including using it as a mode of communication to other road users. This article from Daimler’s news syndication looks at the history of the company’s milestones in vehicle lighting. 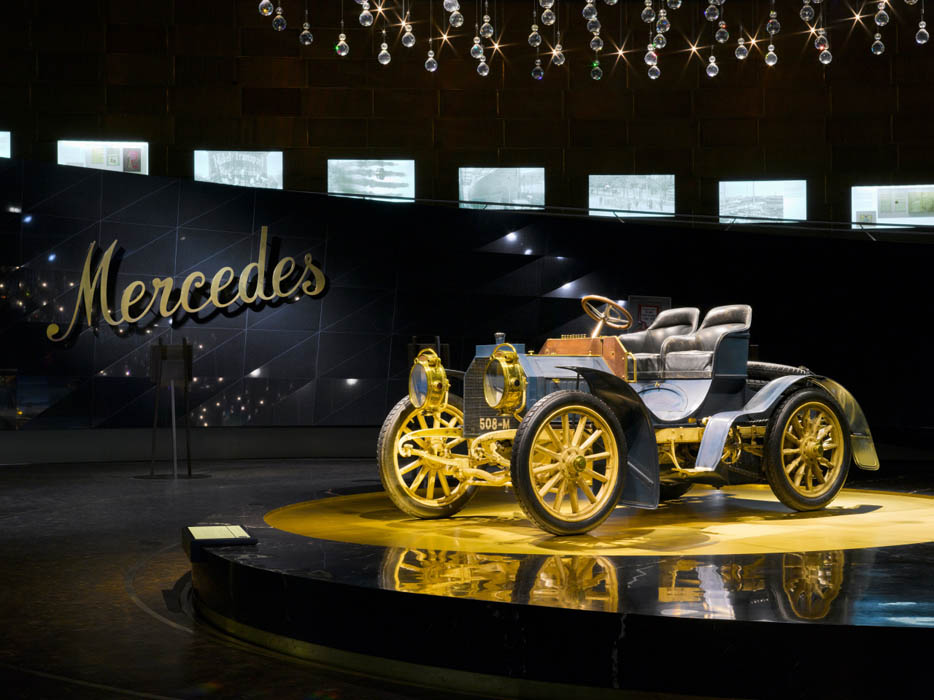 1886: Like their technical predecessor, the horse-drawn carriage - the world's first cars - were equipped with candlelit lanterns offering just a few meters of visibility. Driving in the dark was therefore, something of an adventure. Petroleum and carbide lamps shone a little more light into the dark, as did the introduction in around 1910 of the first (battery-powered) electric headlamps, which became increasingly prevalent in the 1920s. The advantage is that electric headlights meant an end to tiresome lighting and extinguishing. Later versions could even switch between primary and dipped beam. Initially, the headlamps were lowered by means of a mechanically actuated, movable ring over the bulb. 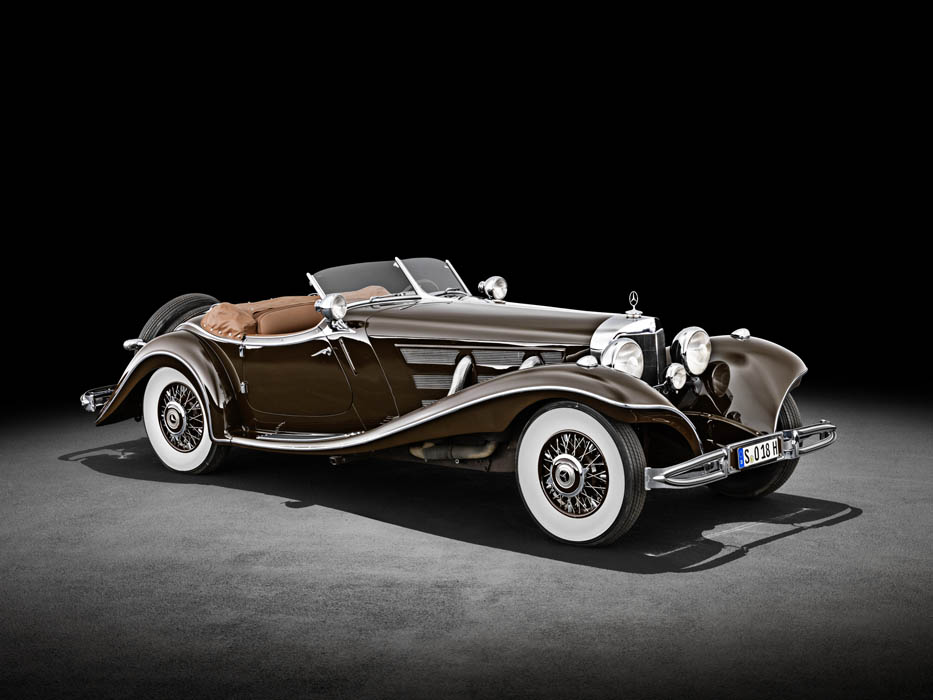 1934: Mercedes then unveiled Bilux lights in the 500 K (W29) model. These combined the main beams and dipped beam in a reflector. To this end, the dual-filament bulb produced two beams of different strengths and angles. 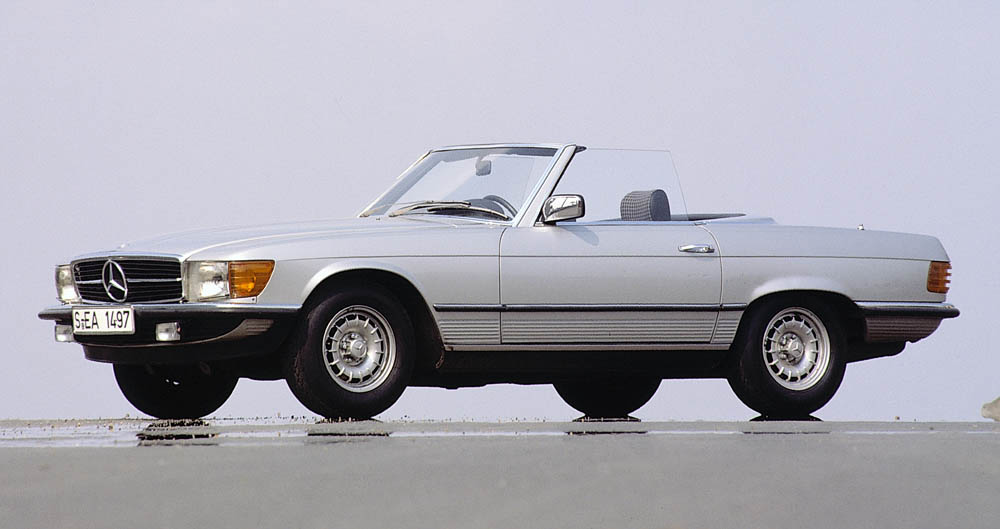 1971: The Mercedes SL (R107) marked the introduction of the H4 bulb in cars. It was the first bulb to feature halogen technology for primary and dipped beam and immediately doubled visibility. 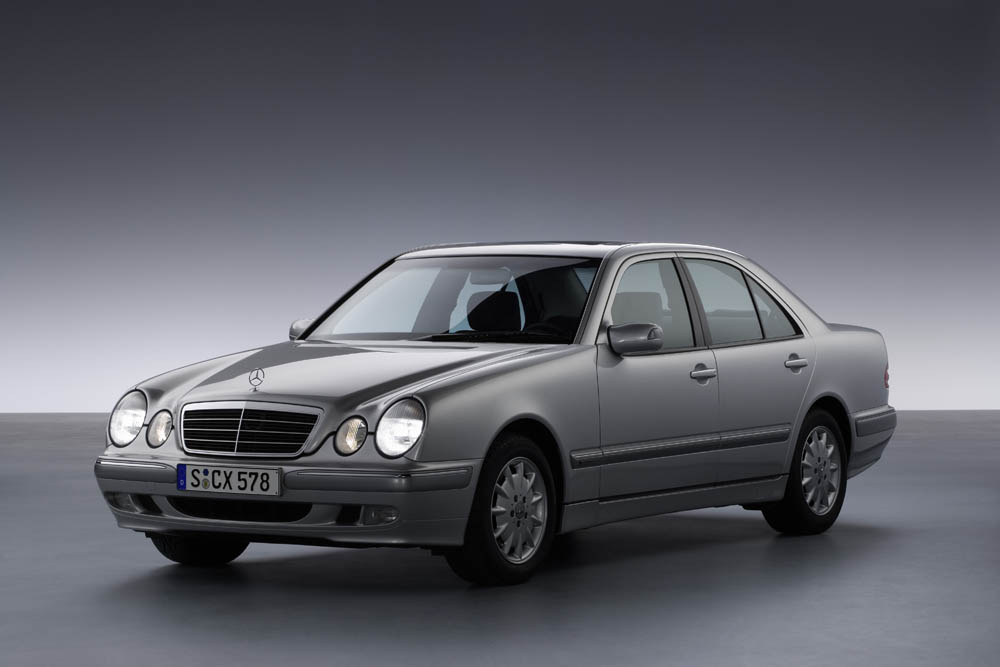 1995: Xenon headlamps with dynamic range control in the E-Class (W210). Xenon gas-discharge lamps were a brilliant idea in every sense of the word. They tripled light emission compared with halogen lamps, lasted longer, consumed less power and produced a light color more similar to that of daylight, which made driving at night less strenuous. There was less dazzling of other road users thanks to dynamic range control. 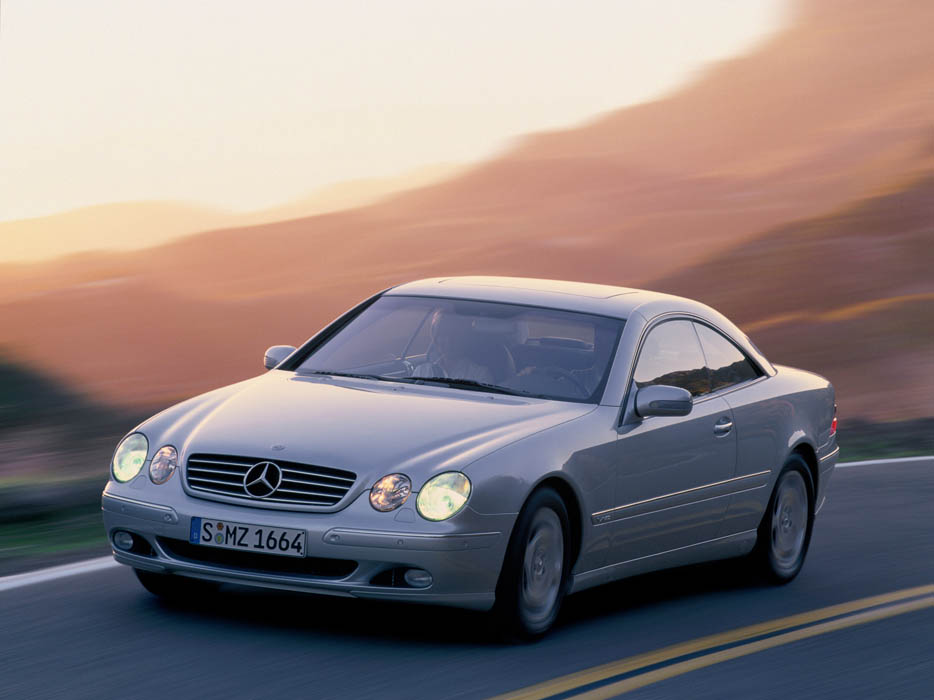 1999: The Mercedes CL (C215) featured bi-xenon technology in which the main beam is based on gas discharge for the first time. 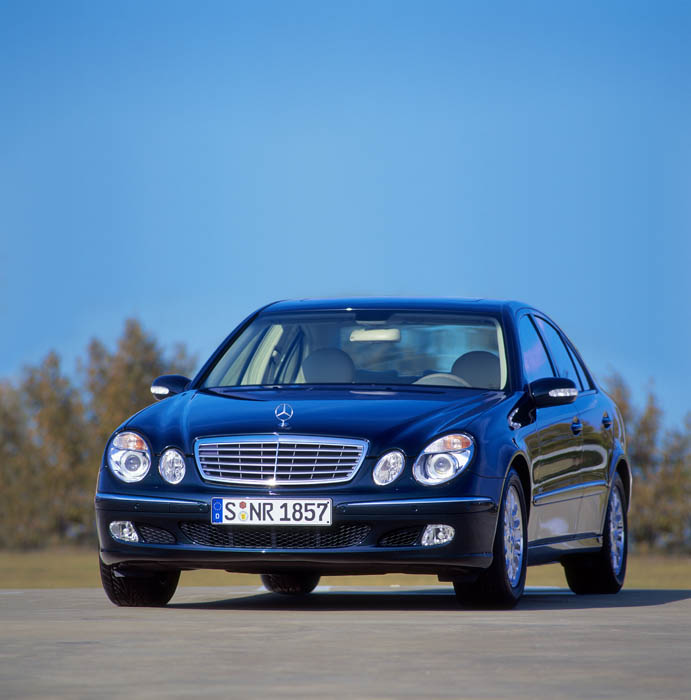 2003: The bi-xenon headlamps are enhanced by the active light function in the E-Class (W211). 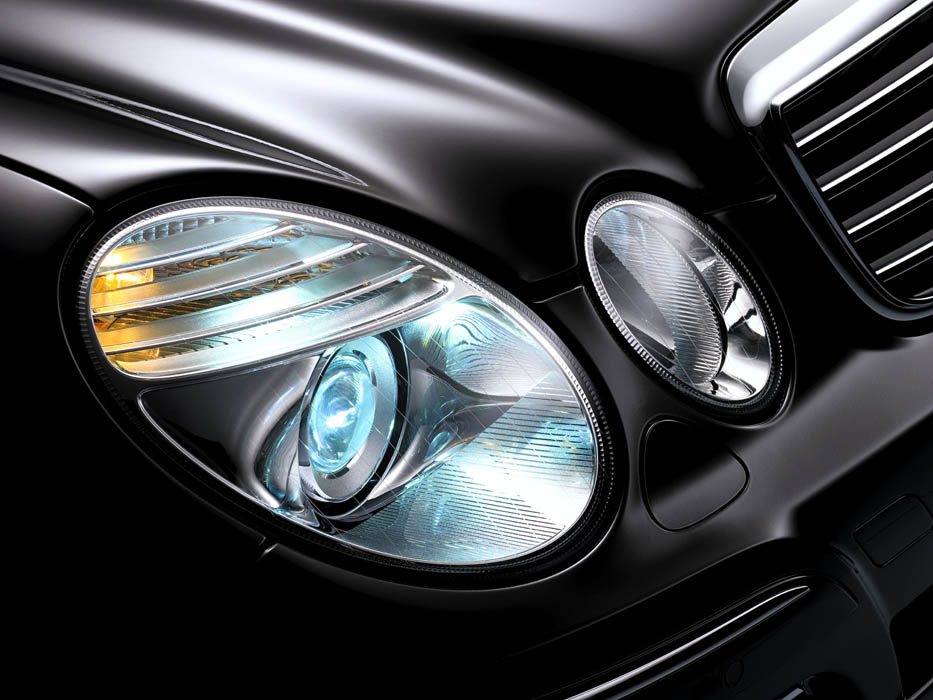 2006: Mercedes unveiled its Intelligent Light System (ILS) in the E-Class (W211): an adaptive headlamp system with variable light distribution, which adapts to the weather, light and driving conditions automatically. 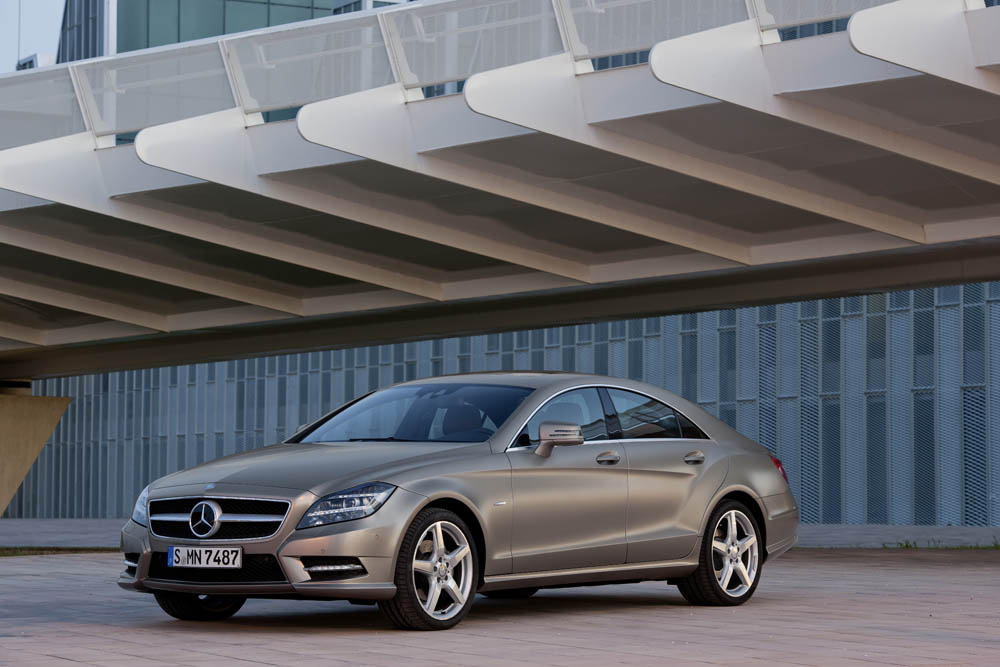 2010: The first dynamic LED headlamps in the CLS (C219). Like bi-xenon headlamps, the new light system features the tried-and-trusted Intelligent Light System, which has five light functions configured for typical driving or weather conditions: country mode, motorway mode, extended foglamps, active light function and cornering lights. The lighting specialists at Mercedes-Benz were also able for the first time to combine this LED technology with the already innovative Adaptive Highbeam Assist, which resulted in an all-new level of safety at night.

Click here for Part 2 of Piercing the dark: Mercedes-Benz’s vehicle lighting has come a long way

Read below for more stories!

Mercedes-Benz has previewed the all-new 2020 GLA. It is bigger, better and more SUV than before!

Mazda's G-Vectoring Control provides drivers with better control on the road. Find out why it defines Mazda's driving experience.

Volkswagen's Golf is the most successful European car for more than four decades. The 8th generation Golf is here to take things to the next level.

Sell your car to Carsome and upgrade your ride to a Mercedes-Benz!