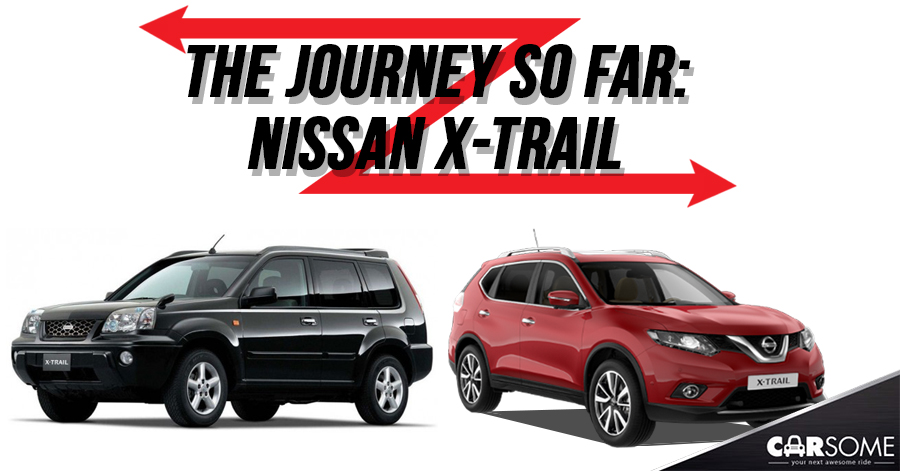 Who remembers the First Gen Nissan X-Trail? To the current generation, we were either still in school or in our diapers when that rugged-looking thing came out in Malaysia back in 2003. With close to 20,000 sold in Malaysia and more than 2 million of them sold worldwide, there’s no arguing, also ignoring, Nissan’s presence in the SUV market and prominence on the roads in general – even our local cops used them as patrol cars! (Can't say the same for our Singaporean counterparts though!) 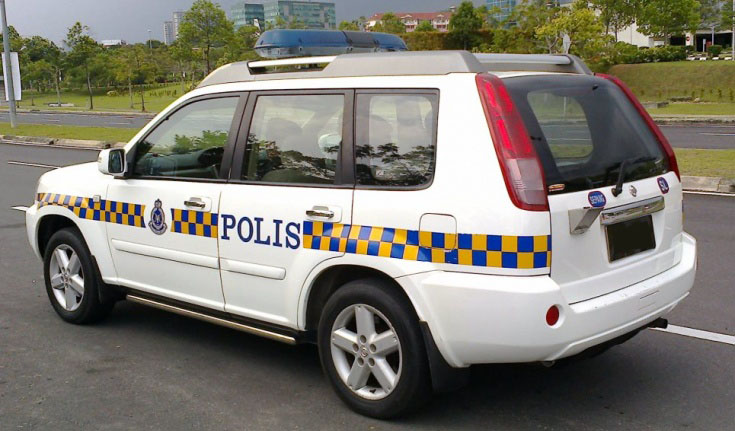 However, progress was hampered when CEO Carlos Ghosn stepped in with various cost-cutting measures in efforts to restructure and save Nissan in the late 2000’s. This resulted in new Nissans at that time going through nothing more than facelifts rather than new products with new ideas, also resulting in them falling behind slightly against their Japanese counterparts. 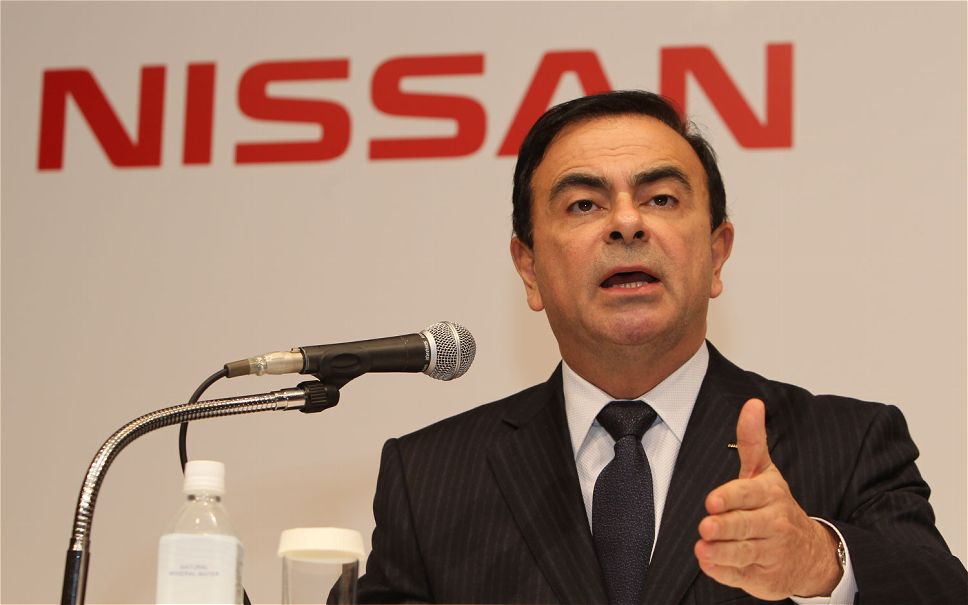 That said, now that all is fine and dandy within Nissan, and with the all new X-Trail being the testament of their uprising in the SUV foray, we have a look at how far the X-Trail has come along after close to 20 years since the launch of the First Generation. 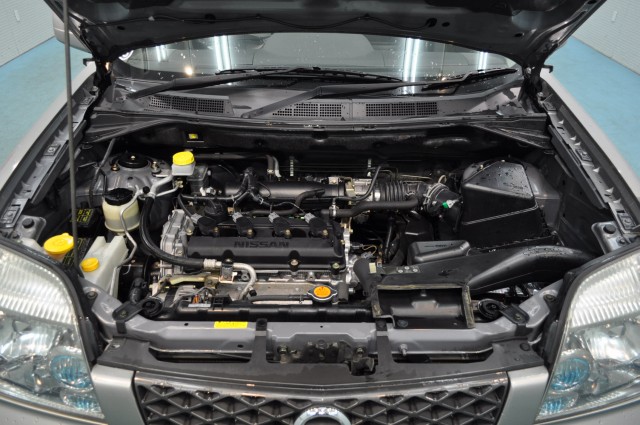 With the old 2.5 the X-Trail delivered a respectable 165 horsepower, it provided sufficient power for the 1.5-ton SUV in the lower RPMs that was practical for city use and competence in the outdoors when the tarmacs. Its versatility was highly-sought after at a time when most still used the Hilux’s and Ranger’s which were great for the outdoors but was terribly uncomfortable for the normal city roads.

With a 170-odd horsepower and 233Nm of torque (and 140-something horsepower and 200Nm of torque for the 2.0 variant in the Singapore market), the X-Trail carries on the legacy of being a brilliant daily workhorse while still being very capable when the tarmac ends with its Twin Continuously Variable-valve Timing Control (CVTC) that offers more drive and mileage for your car for less alongside its clever new transmission and 4x4 system.

The X-Trail was available only in automatic as it was a “phase” where more and more car owners whether for sedan or SUV’s opted for a less taxing drive on our KL roads which was seeing a staggering increase in the number of cars. Power was transferred to the wheels via 4-speed automatic transmission that came with an “overdrive” switch that essentially eliminates the use of the final gear while staying in 3rd gear that helped significantly with the overtaking maneuvers on the open highways.

It’s equipped with a 7-speed XTRONIC CVT transmission and an All Mode 4x4-i System that’s only available in the 2.5 variant (2.0 variant in the Singapore market), allowing the driver to switch between 2WD and 4WD on the fly with a flick of the knob or simply leaving it in Auto Mode where the car would instinctively monitor the change in terrain and adjust power delivery between the front and rear wheels for optimum handing on any given surface.

And hey if you feel like saving the environment, there’s even an ECO mode to modulate your driving too. Braking ability is significantly enforced with ABS (come on you guys should know what ABS is by now), Electronic Brake Distribution (EBD) and Brake Assist (BA). The coolest feature, as Nissan claims to be the “World’s First” is the Active Engine Brake (AEB) system which uses the CVT to initiate engine braking for more composed deceleration while inspiring confidence when approaching a corner.

Its suspension setup that comprises of wishbones in the front while Helical springs (or coil springs as it is more commonly known ensured its robustness in harsh terrains and yet maintain a level of comfort on the roads only rivalled by higher end SUV’s of that time. With a relatively long wheel base of about 2625mm, it didn’t require much compromise on the interior for superior space.

With a wheelbase measuring almost a 100mm more than the old X-Trail at 2705mm (Honda CR-V at 2,620mm), the interior space offered in this new model is profound to say the least which Improvements also extend to the suspension with independent MacPherson struts in the front and multi-link independent struts in the rear for optimum road holding and stability.

And even with a spacious interior that fitted five in comfort, the rear boot space was still large enough to hold 410-liters worth of your possessions. Apart from the abundance of space, the standout feature of the car (apart from the speedometers being in the middle) had to be its creatively-designed, chilled cup holders which may not sound significant now but back then, it must have been deemed a form of sorcery.

Rejoice! Aren’t we all glad that Nissan has reverted back to the good ol’ fashion position for all the meter clusters rather than placing it in the middle the like previous two generations. Apart from the spacious front two rows, the X-Trail is even able to offer two more seats in the third row with a 5+2 seating design; albeit only for miniature adults or little children. Also, the rest of the interior looks a far cry from its predecessors and which finally puts the X-Trail in the reckoning with its other segment competitors in terms of interior styling.

The dash also features a 5” infotainment system that serenades you through 6 speakers and an Around View Monitor that assists parking and reversing maneuvers. At the driver’s cockpit where things really matter, the driver is afforded a tilt and telescopic steering wheel for an optimum driving position and a full colour 5” Advanced Drive Assist Display (ADAD) for observations on the car’s vital parameters. Also, 10 cup holders guys, TEN! - two of which have a cooling functions. What more does one need in a car.

Nothing more need to be said than the talking the old X-Trail has done for itself having been considered good enough to be kept on the roads for so long. The fact that you still see so many on the roads really needs no explanation or even description for how it looks like. Many have called it boxy but with attractive square bulges and a subtle yet prominent presence, the oil X-Trail should still hold itself even when the new X-Trail becomes outdated.

A lot have been calling it the “baby Murano”, some say it looks like a blend of the Juke and Murano, whatever. It looks great and I’m sure the Nissan loyalist are rejoicing the fact that X-Trail has finally arrived in the new age to stir up its segment after Nissan had spent the good part of the last decade sorting things out internally. Externally though, the X-Trail simply looks fantastic; you won’t be able to ignore than protruding front grill every time one shows up in your rear view. Its overall presence to shall not be ignored; with a melting pot of stylish chrome bits and LED lights.

Looking to get a Nissan X-Trail? Get the best offers only at Carsome by clicking here.