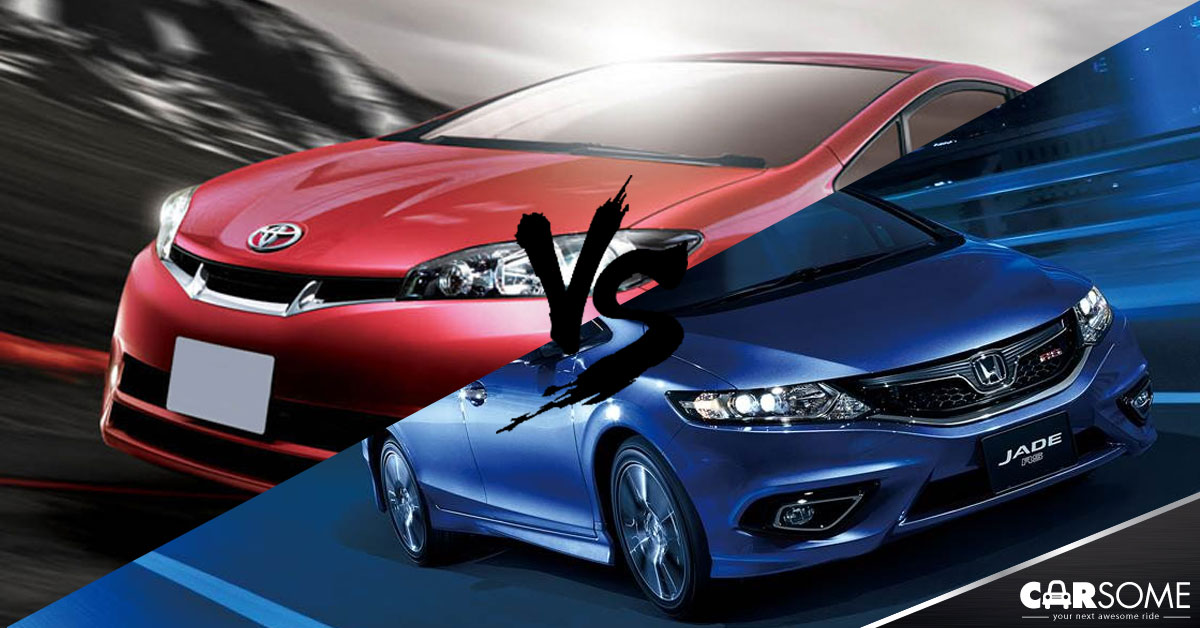 Compact MPV; which is the middle ground between a MPV and a sedan. They are the talk of the town now. The idea of having the practicality of a MPV and also the drivability of a regular sedan is sort after in today’s society. Having a spacious car isn’t only for the Family man. If you’re one of those who seeks practicality in a car, we suggest you to take a look at this head to head challenge between the Toyota Wish and the Honda Jade RS

The Honda Jade looks like a Honda FIT on steroids, and we mean that only for the appearance. It has a bit of a sporty look at the front with grilles reminiscent of the Honda FIT while the back looks more akin to the Honda Vezel. On the outside, the Toyota Wish looks more like a traditional MPV as opposed to a compact MPV, which makes it look a lot bigger than it’s supposed to be. The front part of the Wish has a classier look compared to the Jade, which makes it seem more fitting for a family ride. 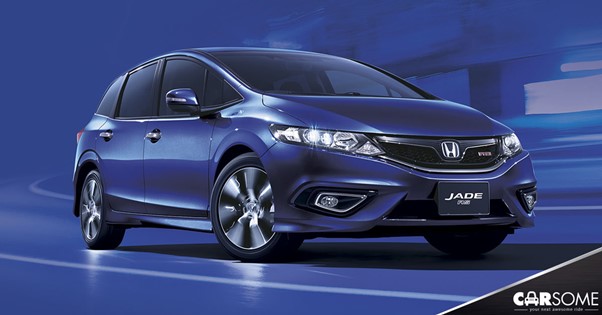 Despite both cars being categorized as a compact MPV, the fact is, they are spacious and is capable of ferrying full size around in comfort. The main difference for this 2 MPV is the seating layout. The Honda Jade being a 4 + 2 seater which means it has Captain seats for its middle row, while the Toyota Wish offers a bench seat for the middle row which translates to a full 7 seaters compared to the Jade’s 6 seater in comparison.

The seats on the Honda Jade are made out of a mixture of Fabric and Prime Smooth, not leather but nevertheless, it is a very cozy place to be in. The captain chair makes the car feels more premium but with the sacrifice of 1 seat. 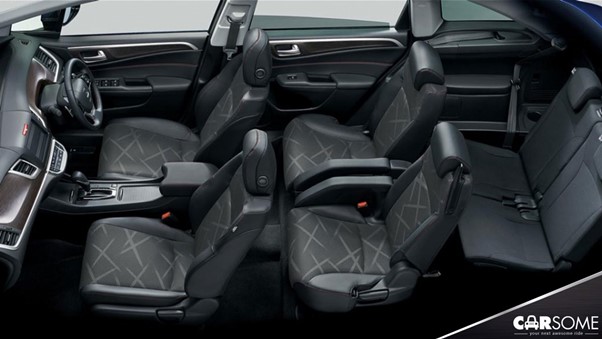 The Wish on the other hand has a versatile seat which can be adjust and folded into any configuration, depending on your creativity and usage.  The bench seats will come on as a particle option compared to the Jade if you ferry occupants often, in other words. If your kids has a lot of friends, you might want to consider the Toyota Wish for its seating configuration

Noise, Vibration Harshness (NVH) on the Jade is a little better compared to the Wish due to its suspension setup. The Jades spots all round individual suspension, which provides control and also comfort at the same time. Toyota on the other hand uses a torsion beam setup for the rear suspension, so a little bumping on uneven roads are expected.

The Honda Jade drives and feels like a Honda Fit. Because it is essentially a Honda B-segment with an elongated tail. While it might have a slightly longer tail, the driving dynamics of the Jade still follow the traits of its other b-segment sibling. With a turning radius of 5.6m, the Jade is easily maneuverable around the city.

The Toyota Wish on the other hand feels like a regular Toyota corolla. It isn’t as exciting to drive compared to the newer Honda, but it gets the job done. The Toyota Wish is good with regular town driving, providing great visibility and a features a better turning radius than the Honda; 5.3m.

For a car that’s supposed to fit 6 people, you might think that the Jade’s 1.5L engine may seem too weak for it but here’s the catch; it’s a turbocharged 1.5L 4-cylinder DOHC engine. Mated to a 7-speed CVT transmission, it’s capable of outputting 148 brake horsepower and 203Nm of torque. What that means is that the car is capable of running a centuary sprint in 9.5 second; which isn't bad for a people hauler 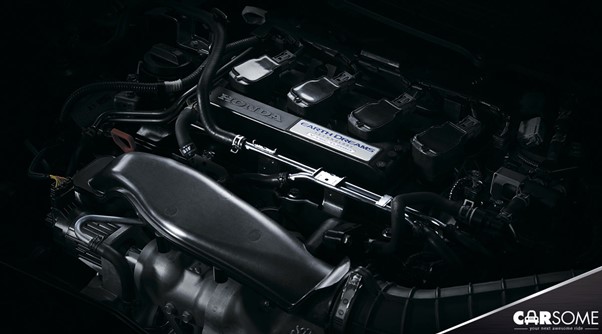 Jade’s 1.5L engine may seem too weak for it but here’s the catch; it’s a turbocharged 1.5L 4-cylinder DOHC engine. Mated to a 7-speed CVT transmission, it’s capable of outputting 148 brake horsepower and 203Nm of torque.

The Toyota Wish on the hand is powered by a naturally-aspirated 1.8L 4-cylinded DOHC engine with Dual VVT-i technology. Mated to a 7-speed CVT transmission, it’s capable of outputting 141 brake horsepower and 173Nm of torque. While the horsepower doesn’t have much difference, the difference in torque does suggest that the Jade has better acceleration than the Wish.

Another important thing to note is the Jade’s turbocharged 1.5L engine is not only capable of fighting against the bigger 1.8L engine from the Wish, it’s capable of outputting more power than it. Perhaps the Jade’s engine would be more suited to fight against a 2.0L engine, but that’s a comparison for another day.

The Toyota Wish is a well-equipped car in terms of safety, with ABS, EBD, brake assist, traction control, and Vehicle Stability Control, all of these features which were designed to help you avoid crashes of any kind, be it from slippery roads or sudden braking that may end up locking the brakes and force you to skid away. All these are good features, we are at 2016, where good, isn't just always good enough.

Meanwhile, Honda has packed their Jade RS with safety features. Honda implemented features that have been on their flagship Accord to the Jade RS which are the Collision Mitigation Brake System (CMBS), Adaptive Cruise Control (ACC), Vehicle Stability Assist (VSA), and Lane Keep Assist System (LKAS). The CMBS feature works by automatically detecting pedestrians or vehicles during low speeds and automatically braking if necessary.

With features like this, it is clear that who is the winner in the safety department. While car manafacturers can only come out with the best safety features, it is up to you, the driver to make the best out of any situation.

The biggest difference between the two MPVs is the fact that the Honda Jade is available via Parallel Importers (PI) while the Toyota Wish is available via Authorized Distributors (AD). The Honda Jade is priced at SGD118,000 while the Toyota Wish is priced from SGD105,888to SGD111,888, so in this case, the PI car is more expensive than the AD car.

As usual, PI cars generally will not offer a warranty period of more than 3 years but some PI dealerships may offer that, while the AD for Toyota is offering a 3-year warranty period, with the option to extend via the Toyota Shield Extended Warranty program. If you happen to find a PI dealer that is reputable and offers a long warranty period, you’ll have yourself a pretty good deal.

At this point, we hope that you have a clearer image of which car to choose from. Both cars are very comfortable and provide you the spaciousness of an MPV with the driving practicality of a sedan. Chances are, your choice will boil down to engine choice, number of seats, and availability. Just as before, if you feel more comfortable with an AD car, go for the Toyota Wish. If you’re okay with PI cars, the Honda Jade will not disappoint you.

While both cars are categorized as a compact MPV, they are different in many ways. I would say if you want a sporty design compact MPV, the Honda Jade is the one to go for. The design on this car is futuristic and isn’t as dated compared to the Wish. The Wish on the other hand, is a practical car and is generally well accepted by all workshops. The dated engine and gearbox design might be a turn down, but it is a proven power plant which is known for its reliability.

With all these space this MPV provide, what would you do with the extra space? Carpooling has been becoming quite a talked about topic recently. I mean, what is not to like about it? It is a win win situation for both drivers and passenger. While the driver can get some cash to maintain his ride, as a passenger, you get utmost convinience and not to mention make new friends along the way. RYDE is a Singaporean based app that helps you with just that.